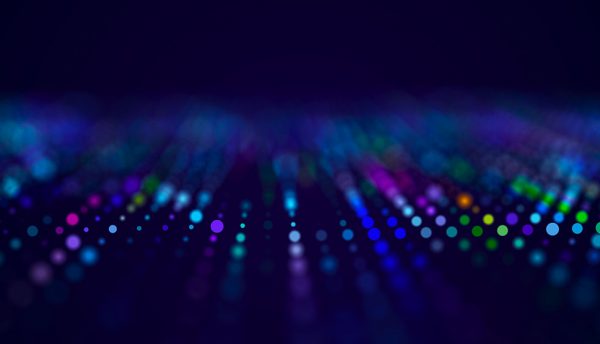 How important are open networking solutions for data centre modernisation?

Cumulus Networks, a leader in building open, modern and scalable networks, has released research that shows UK IT leaders have reached a breaking point with proprietary infrastructure and open networking is their new norm.

While 68% of technology leaders are interested in adopting more open technology, 59% of UK companies are already using open networking solutions to modernise their data centres to increase agility and scalability.

Technology limitations within the data centre are often cited as a key roadblock adopting latest technology such as AI and 5G. Networking infrastructure, in particular proprietary solutions, is not immune to this as 77% of companies are mostly not getting what they need from their current network.

As UK enterprises upgrade their networks to take advantage of innovative technologies, they’re not going back to legacy vendors.

The challenges IT currently faces with proprietary networking solutions include:

Decision makers want to take advantage of 5G (33%), AI (35%) and high-bandwidth streaming (26%). And these trends are compelling the world’s largest data centres to change their entire philosophy about the architecture, dynamics and purpose of networks. It’s not just the young, ‘born-in-the-cloud’ companies either – of companies founded between 2000 to 2014, 65% have all, or most, of their tech as open.

A total of 54% have recently switched over parts of their proprietary infrastructure to open technology. Once companies see the benefits of open infrastructure and the critical role it plays in data centre modernisation, they tend to adopt more of it. In fact, 61% of organisations like the open technology they have deployed and are planning on adopting more.

“While there is strong adoption of open infrastructure, in particular, open networking, there is still an appetite for more. Enterprises are seeing the benefits, including increased flexibility, cost savings and increased collaboration,” said Josh Leslie, CEO of Cumulus Networks.

“As we’ve seen first-hand with our 1,800 customers, when they modernise their data centres, open networking is the obvious choice. It allows them to move faster and take advantage of today’s most innovative technologies.”

We asked industry experts about the importance of open networking solutions for data centre modernisation for this month’s Editor’s Question. Here’s what they had to say:

The traditional model of a data centre – where the network merely transmits all data to a central server for processing by the regular CPU – can no longer keep up.

More and more data processing is happening at the ‘Edge’ and closer to the users and mobile devices. At the same time, more data storage and processing are moving to hybrid clouds, where workloads move between private data centres and the public cloud.

In response, enterprises and telcos are switching to a more ‘cloud-like’ open networking model, running fewer protocols and building large leaf-spine networks that scale to support large numbers of servers with virtualisation and containers.

They are also deploying smarter and more open networking at the Edge, in stores, cars, factories and homes to allow important decisions to be made at the Edge of the network and within the network, in real time. A big part of these faster, smarter and more open networking solutions are Open Ethernet switches plus SmartNICs and I/O Processing Units (IPUs) that run or integrate with open-source solutions.

Open networking support gives customers the power to choose the best open-source software and run it on the fastest, most innovative and most flexible switches, so they benefit from the bigger cloud players’ experience and contributions to scalable networking, both in the data centre and out at the Edge.

Being a provider of hybrid cloud hosting services, open networking solutions that provide connectivity between Leaseweb and other cloud platforms are vitally important for us and our customers. This is because a hybrid multi-cloud framework provides a business with the flexibility to move workloads between vendors and environments as required, as well as switch out cloud services and vendors for any reason.

In our experience, the ability to offer this depends on five key criteria when either selecting or modernising a data centre: 1) availability and stability of power and temperature, 2) security (physical and logical), 3) flexibility (to grow – or shrink), 4) accessibility and operational support and 5) network connectivity.

With regard to network connectivity, it’s important to differentiate between internal connectivity (this could concern different racks of one customer, or be between a customer and their partners or suppliers) and external connectivity (such as the presence of telecom carriers, network service providers or Internet exchanges to services like Internet access, (virtual) private networks, or public peering.

Bearing this in mind, we see a wide variety in approaches to connectivity. At one end of the scale we see data centres that provide space and power, and for those customers who may want to, the ability to install their own cross connects between their racks, as well as to partners. These data centres typically cater to customers with a core need for external network connectivity.

At the other end of the spectrum, we also see data centres that aim to provide all interconnection services themselves – not only cross connects between racks, but also Internet exchange Internet access or international private network services.

The risk with selecting such a one-stop-shop is that it has the potential to drastically limit the flexibility to move elsewhere, as already explained. Additionally, once sufficient customers are present and interconnected, there’s a tendency to raise prices for interconnection services. It’s a trend we’ve observed in many data centres around the world, especially in the US and Asia Pacific where the number of data centre providers were initially very small. For example, whereas the price of a cross connect may be less than £20 per month in some European data centres, it can easily ramp up to over £300 per month in some US data centres.

Therefore, when selecting a data centre, our advice would be to think carefully before putting all your ‘rack and connection’ eggs in one basket. Modern data centres that make provision for hybrid frameworks using open networking solutions are in the best position to support flexibility when it comes to both workloads and cost.

As data centre networking continues to evolve, so do the increasing choices for open networking solutions. An open cloud environment is an important element of an open networking ecosystem. While there can be challenges associated with migrating to the cloud, the majority of companies will ultimately make this move, whether it’s today or in the future. Offering an open cloud gives businesses freedom to divide up their applications among several providers and, importantly, choose where their data is stored.

With so many options, businesses today don’t necessarily want to be locked in to one provider. Many platforms are built on open-source technologies like OpenStack and Kubernetes, which are supported by a range of cloud service providers. Opting for an open networking solution gives businesses an extra element of flexibility, not to mention lower costs.

Interoperability is another key benefit of utilising an open cloud. In order to remain agile, businesses need to be able to shift to the cloud at their own pace – all while responding to strategic objectives. They also don’t want the technical choices they make today to limit them in the future. With an open cloud, businesses can control and run an application, workload or data on any cloud (public, private and hybrid) based on their individual technical requirements.

Furthermore, when considering data centre modernisation, it’s important to think of ‘open’ as not being limited to working with open-source technologies, but being able to offer technologies customers need, whether they’re open-source or industry standards.

They also need to use existing standards already deployed in their country. VMware is a good example of openness to existing standards. At OVHcloud, we offer a flexible range of solutions to fulfil any given workload. Ranging from hosted private cloud based on VMware technologies to public cloud on OpenStack. This provides easy migration and interoperability, which are two key elements of data centre modernisation.

If a business is undergoing change – or modernisation – there are a myriad of networking solutions to help manage that change. Cloud technology is just one example. By embracing open networking solutions, businesses will be well positioned to develop and grow, and ultimately achieve their Digital Transformation needs.

Apstra is a strong advocate of network disaggregation. Our mission is to deliver massively automated turnkey infrastructure operations that are hardware independent. With automation, networks are beginning to reduce the burden of highly repetitive tasks such as configuring hundreds of switches. The most sophisticated level of automation is what is called ‘Intent-Based Networking’ (IBN). Intent Based Networking brings the same level of simplicity and automation across data centre networks for both established hardware vendors and open networking solutions.

The IT industry is moving fast and intent based systems are rapidly growing more sophisticated and comprehensive, so make sure that you choose the real thing: one that enables self-operating Intent-Based Networking and not some partially automated solution behind an IBN label. In particular, think carefully about the risk of vendor lock-in.

If a hardware vendor neglects to or inadvertently fails to maintain consistency with any of their prior APIs, Intent-Based Networking for the data centre simply modifies the interface to that API to take advantage of the latest APIs. In doing so it takes on the role of the expert on the differences between vendors (even between the same vendor’s own products) ensuring that customers make best use of each vendor’s equipment and features, while avoiding any pitfalls.

This enables Intent-Based Networking for the data centre to provide the widest range of hardware and software vendor choices that has ever existed in the industry. An Intent-Based Networking approach delivers interoperability across the entire networking stack for switch operating systems and switch hardware, auto-rendered configurations and customisable Intent-Based Analytics. These capabilities allow customers to run their network operations at the same scale, operational efficiency and agility as large cloud companies without the cost and risk of DIY scripting and programming. 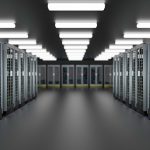 The data centre security blanket: How to see what matters 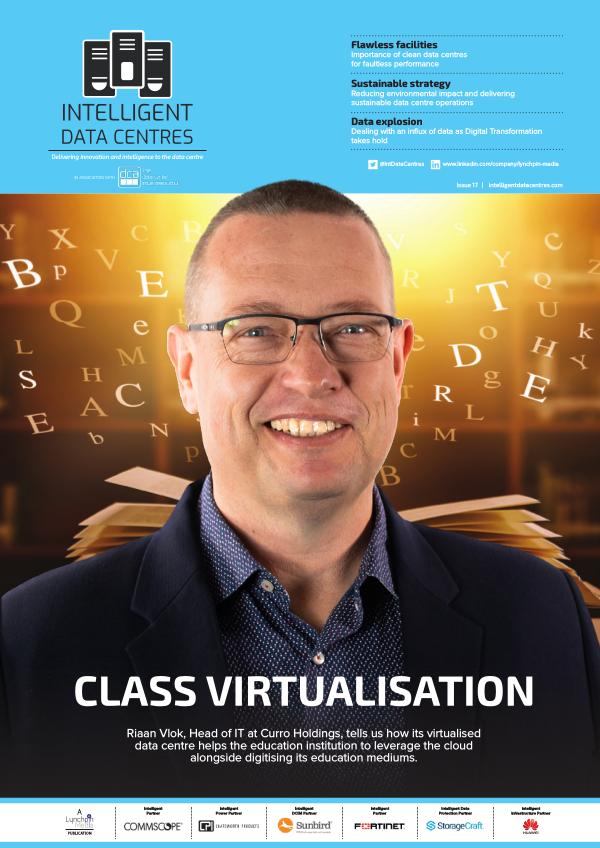