The pact marks the first time the industry has come together to solidify its commitment to ensure that European data centres are carbon neutral by 2030. The industry is seeking to play a leading role in transitioning Europe to a climate neutral economy, in support of the European Data Strategy and the European Green Deal, which aims to make Europe the world’s first climate neutral continent by 2050.

The pact also establishes a Self-Regulatory Initiative for the industry, which will set goals to facilitate the transition to a greener economy in Europe. Equinix, and other operator signatories, commit to the measurable and ambitious targets set for 2025 and 2030, which include:

The European Commission will monitor progress on achieving the goals outlined by the initiative twice a year.

Equinix, along with a dozen trade associations and over 20 cloud and colocation data centre operators, announced the formation of the Climate Neutral Data Centre Operator Pact and the Self-Regulatory Initiative at Kickstart Europe.

DigiPlex acquires land for data centre outside of Oslo 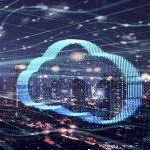