The Oman Australia Cable project, the only submarine cable directly connecting continental Australia and EMEA, should be completed by the end of this year.

SUB.CO has announced its Oman Australia Cable project has entered contract in force status (CIF) with its final system connection expected to be completed in December 2021.

Bevan Slattery, Founder of SUB.CO, said: “I am delighted that OAC is now CIF and importantly we have been able to secure the required manufacturing and marine installation assets with SubCom to allow for a targeted 2021 completion date.

“With a series of other major submarine cable projects looking to enter CIF status in the next quarter, this is a tremendous coup for the project and reduces project implementation risks and funding costs significantly.”

David Coughlan, CEO of SubCom, said: “Once deployed, OAC will enable high-capacity, low-latency transmission and open a much-sought route between Australia and EMEA. SubCom is very pleased to be moving forward with this project and we are confident in our ability to implement what will be a powerful and reliable system on behalf of SUB.CO.”

Once completed, OAC will be the only submarine cable directly connecting continental Australia and EMEA, providing the first secure, diverse, express and lowest latency route between the two continents.

As OAC will not pass through the Sunda Strait or South China Sea, the system will avoid many of the issues being experienced by other cable systems in those areas and form part of a new ‘Great Southern Route’ between continental US, Australia and EMEA.

The OAC cable system design is a three fibre pair system with an option to upgrade to four fibre pairs based upon final demand and will span approximately 9,700 km, with branching units designed to potentially extend the system into Salalah, Oman, and Djibouti in the future.

“OAC will be highly complementary to the recent submarine cables between Perth and Singapore as well as Indigo Central, which will be used to extend OAC to Australia’s cloud capital – Sydney,” added Slattery.

In deciding to land the cable in Oman, Slattery cited recent investment from major cloud, network and data centre providers in the region as key reasons for selecting Muscat, Oman. 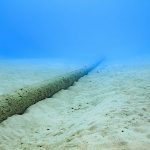 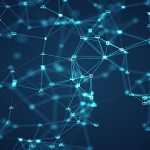