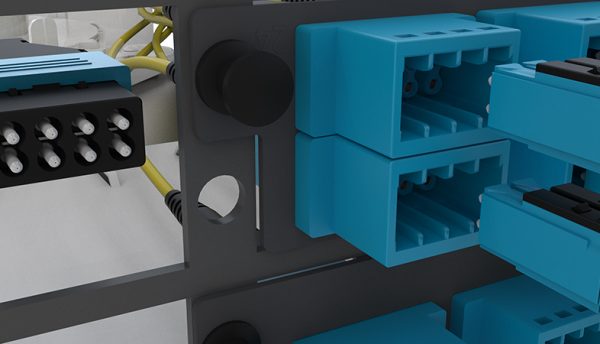 Legrand, a global specialist in electrical and digital building infrastructures, has unveiled its latest fibre breakthrough, the Infinium acclAIM Fiber Solution, at the BICSI Fall Conference and Exhibition.

Hyper-scale, cloud and 5G network managers now require higher density and improved scalability that comes with the implementation of next-generation 2fiber connectors. However, when upgrading fibre systems, they are also experiencing challenges such as polarity, optical loss, delivery, design/deployment headaches and high costs associated with cassette use. The acclAIM Fiber Solution dramatically decreases or eliminates many of these challenges by leveraging unique innovations such as:

“The acclAIM Fiber solution is ideal for any computer centre experiencing challenges with increasing network speed, compressed optical budgets, or dealing with challenges associated with cassettes,” said Kristen Poulos, General Manager, Legrand Data Infrastructure. “The fibre solution was not built to only address this current data centre upgrade cycle rather, to provide value much longer. Due to its vast migration capability, the acclAIM enables sustainability through drastically longer life cycles to provide a building asset for decades to come.”

The acclAIM Fiber Solution is available in Q4 2021.