People, applications and IT: The trifecta of modernisation resilience planning

“We know of no vendor or service provider today whose business model offerings and revenue growth are not influenced by the increasing adoption of cloud-first strategies.”

These were the words of Gartner analyst Sig Nag, commenting on the firm’s recent finding that the public cloud services market is projected to grow a staggering 17.5% in 2019 to total US$214.3 billion.

While the cloud is transforming businesses of all types, a major aspect of its appeal for traditional companies specifically is the role it plays in modernising existing IT structures.

Migrating existing IT to an Infrastructure-as-a-Service (IaaS) model in particular can be a boon to overall modernisation strategies, with pay-as-you-use pricing structures helping to both streamline and scale their IT spending to meet changing levels of service demand, while also freeing up IT teams and their budgets to focus on implementing new tools, products and services.

However, with all the excitement around cloud, businesses must not underestimate the gravity that moving to a cloud-based business model entails. Migrating to the cloud is as much about mitigating risk as it is about transforming business components and often even identifying where risk lies can be half the battle. The only reliable defence against uncertainty when planning cloud-based modernisation projects is to make resilience a strategic imperative. Here, we look at how to make three core components of modernisation more resilient: people, applications and IT.

One of the biggest challenges faced by businesses undergoing major change is mitigating its people-level impact. Imagine you have been doing a particular role for a number of years and you’ve come to expect the type of jobs and tasks you’ll be facing on a daily basis. Not only do you know that role well, but you’re highly skilled and a valued part of the business. Then all of a sudden, the business tells you your role is changing, or worse still, that the job you’re doing isn’t good enough anymore. In addition, with automation one of the core technologies enabled by the cloud, innovation can actually compound hesitation due to the perceived risk it poses to their job security.

In reality, the opposite is true. The cloud stands to liberate employees from keeping the organisation’s core processes running and give them the time and space they need to grow their skillset. In fact, failing to retain staff is tantamount to undermining the resilience of the business, especially during periods of change.

These are the people who understand where the challenges lie in the current system, as well as where the shortcuts are (i.e. system rationalisation) and existing best practices that should be retained. Businesses undergoing modernisation need to seize the opportunity to empower their staff not only with new digital tools, but through regular engagement and bespoke training programmes that reinforce an individual employee’s sense of worth to the business.

With the freedom that cloud affords (i.e. public vs. private, scalable infrastructure, etc.) also comes the paradox of choice. With things like cost, security and regulation already muddying the waters when it comes to choosing which applications to host in public vs private cloud environments, businesses must also find the best execution venue from which they can be run.

This is especially true for the myriad businesses with legacy IT looking to modernise using the cloud. Issues such as latency and shadow IT can lead to network paths being disrupted when legacy applications are migrated. This leads to businesses being bitten by early onset issues and a premature return to hosting applications in-house, dealing a massive blow to the momentum of modernisation strategies.

It’s clear that the on-premises data centre is here to stay, bolstered by the bourgeoning number of partnerships between typical data centre providers and cloud providers offering hybrid cloud solutions. Hybrid gives businesses the flexibility needed to find the best location for the application, (i.e. where it will be secure and where it will encounter better application uptime).

Crucially, hybrid breeds resilience, as it allows businesses to take an incremental approach to migrating to the cloud and mitigate the chance of disruption when moving high-risk applications. While no one wants change processes to drag on, it’s equally important that businesses don’t fly too close to the sun and find themselves back at square one after a failed migration. The right hybrid solution, backed by a trusted partnership of a data centre and cloud provider, will be key to this.

Similarly to hybrid IT, efforts to identify risk in modernisation strategies should also be focused on the resilience of both logical and physical IT components. When we think of protecting IT, we typically think of cybersecurity or cloud recovery. While these are imperative, businesses must also consider how the environment in which physical hardware is kept could ultimately pose a risk.

Some questions businesses must ask themselves include: where are server and storage units kept? Does it share space with pipes carrying water or gas? Is the atmosphere temperature and moisture regulated? What would happen if the Uninterruptable Power Supply (UPS) failed? Personal experience demonstrates that outside of weather-related incidents, most IT and business impacting events were caused by power and/or network outages, which in many cases were to some degree foreseeable with proper due diligence planning.

It may seem outside the remit of the executive board but with IT becoming increasingly mission-critical to operations, these are the questions that need to be addressed to ensure business continuity. These factors must also be reviewed on an ongoing basis. As technology becomes more powerful, it generates more heat and consumes more electricity, requiring additional systems to prevent damage and/or disruption.

The resulting CAPEX and OPEX required to keep on-premises hardware resilient ultimately become another deciding factor when choosing hybrid cloud solutions. Businesses may ultimately choose instead to rent space in a third-party colocation facility, where the building, infrastructure and maintenance is handed to a provider for a predictable – and lower – monthly cost.

It’s no exaggeration to say that the world is moving so fast that if you’re ‘rightsized’ today, you’re probably already going backwards. Being at the front of the queue isn’t really good enough anymore; you need to be ahead of the curve, not just monitoring the current environment but able to predict how it’s going to flex and how to adapt to the change.

That being said, take it at a measured pace. Modernisation must ultimately be about making the business grow and growth never came from diving in headfirst. Ensuring resilience is an ongoing task, comprised of making a thorough assessment of risk and rigorously checking your assumptions along the way. It’s also a matter of reviewing the cost/benefits of new technology implementations.

Resilience means knowing to admit when things aren’t living up to expectations and learning from the experience. With resilience embedded into every facet of a modernisation strategy, businesses can ensure their transformation is a continuous journey upward. 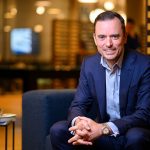 The next step for AI: Make it smarter with Edge Computing and HCI