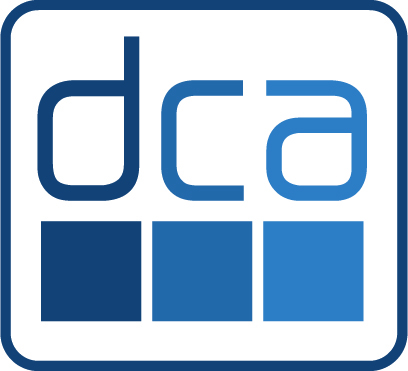 The DCA’s role is to work with the data centre sector, supporting key areas of concern for the industry. New talent entering the industry is consistently raised by the DCA community. In this piece, we hear from Beth Whitehead, Associate Sustainability Engineer at Operational Intelligence, about her journey into the industry.

My route into the data centre industry was not a direct one, but rather one of serendipity. I grew up in the countryside between Reading and Henley and attended a local primary school and comprehensive. I studied for my A-levels in Maths, Physics and Chemistry at a tertiary college in Henley. I had always loved Maths and Physics, and spent my childhood playing with Lego.

Two key factors led me into engineering: the first was a week-long course aimed at getting girls interested in engineering; the second was my physics teacher who told my parents engineering was not a career for girls. After that, my mind was made up.

To those that think sexism doesn’t exist in the 20th century, you are far wrong. The problem is it is so ingrained in our subconscious that we don’t even realise we have been conditioned. There is a wealth of evidence to show that by the age of five, the careers available to a gender (male or female) are greatly reduced because of how they are portrayed within society – children’s books show builders as men and teachers as women. In addition, our focus on girls is how they should be kind and caring and we praise them to death. Once the praise is removed, girls begin to believe they are inherently bad unless told otherwise and in comes the imposter phenomenon. A few of us slip through the net, but that doesn’t mean we weren’t subjected to the same conditioning.

However, I digress. After completing my A-levels I went to Cardiff University where I got a first class degree in civil engineering with an MEng in design and management. During my degree, I did a number of summer placements to meet the financial shortfall created by the abolition of grants and introduction of tuition fees, and of course to gain experience. In my third year, I completed a sandwich year with Arup as a structural engineer and suddenly the rest of my degree became a lot easier. Learning really does need both theoretical and practical elements to be effective. I will never forget the first time I went on site and saw the reinforcement mesh for a slab set out. I was truly baffled. What on earth was it? I had only ever drawn neat sections through beams with circles for the rebar. I had never thought about what this actually translated to in the physical world. Once I’d joined these dots, it all made so much more sense.

After my placement, Arup sponsored me for the final years of my degree and when I graduated in 2003, I started as a graduate structural engineer in the company’s London office. I found the transition from learning to applying tough. I wanted to do research, but I’m not sure I realised this was what I wanted. I just remember a professor telling me I shouldn’t move straight onto a PhD, rather I should gain some design office experience first. This made sense, but ultimately it wasn’t for me. It provided some great lessons, however. Working in a mixed team of engineers helped me to understand that working in silos led to bad design, and that holistic viewpoints are important. It also taught me the importance of being in a work environment where you feel valued and have a voice, and where hierarchy (though it exists) is not abused.

After designing a few buildings, I still wanted to do research with a focus on sustainability. I decided to take time out. I cycled the length of America (from Vancouver to Mexico), enjoyed being a Nomad and came back to the UK and worked on a tech startup while planning my next move.

I’d experienced the design office and now it was time for the PhD. My old professors at Cardiff University went to great lengths to find an appropriate PhD. We almost received funding to look at solar panels with some genetic algorithm work, but a research institute in Qatar trumped us. It was probably a lucky outcome as my partner wasn’t keen on the idea of moving to Cardiff, however, I will always be sad that I didn’t get to do more work with such amazing minds. I figured I should remove my focus from Cardiff and see what else was out there. I then instantly found a PhD in conjunction with HP looking at data centres. I went for the interview and got a call from them offering the position to me, just after leaving. I accepted, and so I took my first steps into the industry.

The focus was originally to look at building environmental assessment methods for data centres, like BREEAM, and come up with a more scientifically grounded way of assessing and defining their impact. I already knew that silos were bad and I felt passionately that we needed to benchmark the full life cycle impact of an example data centre across an array of impacts, rather than focusing on energy and before any sort of metrics could be defined. This was what shaped my project.

I had some great supervisors, one of which was Robert Tozer, who later left HP and started Operational Intelligence (OI) with Sophia Flucker. When I’d completed my PhD, I joined the company. The company philosophy in line with my beliefs and Robert’s passion for research meant that I could finally get paid to do what I loved. Working for OI has offered an amazing springboard into the industry. I’ve viewed endless facilities and learned about energy management from the best. If you know Robert and Sophia, you will know they are passionate about what they do. Importantly, they also provide a working environment that allows me to have a voice.

My research with OI has considered many different areas – from air segregation in the data centre to environmental trade-offs between different cooling technologies. I am now working on CEDaCI – a Circular Economy (CE) for the Data Centre Industry – which is an EU Interreg funded project addressing the growth in e-waste arising from data centres. The project aims to reduce waste, conserve resources and build a secure supply chain for Critical Raw Materials in NWE (north west Europe) by designing CE-fit products, developing business strategies for equipment reuse, improving materials recycling and reclamation technologies and changing user behaviour.