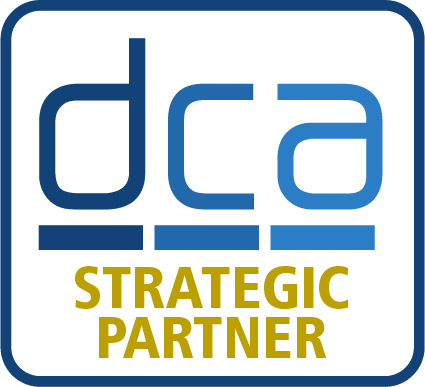 Can we keep the lights on, power cars and run data centres?

Rich Kenny, MD, Interact, believes that we can’t keep the lights on, power cars and run data centres just with business as usual, but change is coming whether we like it or not.

The current acute energy crisis means that governments are doing everything they can to prevent a worst-case scenario of shortages and blackouts. All business users are encouraged to either reduce production or increase efficiency over the coming months in order to protect households from the real possibility of energy rationing across Europe. This prefigures the long-term picture for energy usage, although for different reasons.

Global governments are and should be continuing with their plans to transition to a renewable energy grid. A large proportion (80%) of new investments are focused on carbon free electricity generation, from wind, hydro and solar power. However, the footprint of these technologies is significantly larger than conventional hydrocarbon-fuelled generation, and there are issues around the raw materials we will need for the infrastructure. Yet this less efficient form of generation will need to provide an increase in end product.

A word on the maths

Chris Goodall, author of What We Need To Do Now, shortlisted for the 2020 Wainwright Prize, writes extensively on the energy market and transition to a low carbon alternative. He estimates there will be an 81% energy demand increase in the UK with the advent of electric vehicles (EV) and heat pumps. EVs will increase the electricity demand from 297.2 terawatt hours per year to 394.7 TWh; heat pumps for 100% of homes will raise the total to 505.5 TWh (assuming no new homes).

Other organisations’ modelling echoes these predictions. The Climate Change Committee’s sixth carbon budget predicts electricity demand will increase by 50% by 2035. The National Grid in the UK forecasts electricity demand will double by 2050 as we move towards a low-carbon future. Whether the final figures are completely in line or at variance with these estimates, we know that the electricity needs of the future will be bigger.

As we move towards alternative sources of electricity, we need to understand the increased demand on resources. Land is a great example of this. Generating 200 megawatts of power requires 36km2 of wind farm, 288km2 of hydroelectric and 13.62km2 of solar. Using Goodall’s projected figures for the UK (505500000 megawatts), we would need 90,990,000 km2 of land to generate our electricity for a year in a country that Wikipedia says has a landmass of 248,532 km2. Solar farms would need a more achievable 185,572km2 – 75% of the country’s landmass (or we could increase nuclear power, which will take longer to put in place).

Do more with less

As the energy demand rises, the data centre sector, which is reliant on a constant energy supply, is at real risk of outages. Aggreko’s latest report The Power Struggle: Data Centres, a survey of 253 UK and Irish data centre professionals, revealed that high numbers of data centre facilities have already experienced power outages and many of those have major concerns over future power continuity. The likelihood is that this will increase as society’s electricity demand grows over the medium term.

The data centre sector will have to compete harder for its electricity supply while at the same time growing. The data centre industry is predicted to grow by 500% globally by 2050, putting it in line for increased electricity needs at a time where provision is less secure. Global data centre electricity use in 2021 was 220-320 TWh2 (excluding energy used for cryptocurrency mining), or around 0.9-1.3% of global final electricity demand. As we move towards a renewable grid, the sector will have increased data and therefore energy requirements. It will have to justify that usage ever more stringently as time goes on.

Efficiency is key to this and other sectors clearly demonstrate how possible this is. According to the Climate Change Committee’s sixth carbon budget, electricity demand was around 300 TWh in 2018, down by 12% from 2008 levels, even as the UK population grew by 7%. This is due to improvements in energy efficiency of lighting and appliances. The data centre – a large energy user – has the potential to realise similar savings by understanding and addressing its use of IT hardware.

Rather than face temporary shutdowns, data centres can look to consolidating their server estates to generate the same amount of compute power for a much lower energy draw. The IT is responsible for around 70% the average data centre’s energy bill. Targeted analysis of the servers can save up to 60% of their electricity usage.

Interact has analysed over 300 data centres and identified the worst performing servers in the estate. By cross-referencing these against the thousands of makes, models and configurations available in the database, it has recommended the optimum number of replacement models. These can deliver the same amount of compute power with drastically reduced server footprint and energy draw. We saw a 65-75% reduction in energy draw for an identical number of transactions, which averaged out at around £1.3 million over five years before prices changed.

Keeping the lights on, powering cars and running data centres will not be straightforward, but if we can use the tools at our disposal, it might be possible.