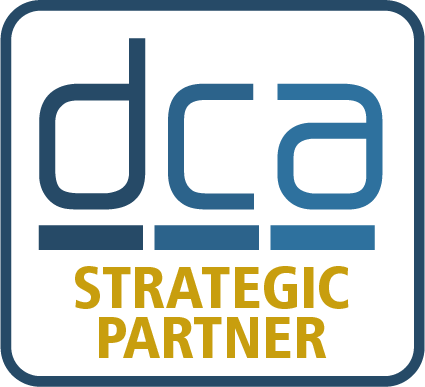 Astrid Wynne, Head of Sustainability at Interact, discusses the data centre industry’s responsibility to reduce environmental impact as well as outlining some of the more broader expectations of the industry in the new year.

Data centre managers are going to have to understand a lot more about their IT hardware and how to optimise it. Energy availability is going to be an issue for at least the next two years. While the data centre industry has so far been sheltered from the rolling blackouts and energy rationing predicted in Europe this winter, it is clear that we’re going to have to do more with less on the electricity front. This means that the sector is going to have to look beyond traditional efficiency metrics for proven savings on the energy draw. The IT load represents around 65% of the average data centre’s electricity usage and servers are 70% of that. Removing wasteful machines from that estate, consolidating and improving configurations can result in 60% savings overall.

We have seen a huge spike in interest in snapshots of server estates as a result. Rather than rely on the published results by SERT on server efficiency, more and more large organisations are coming to us for a more granular and accurate snapshot of their server estate. Our software measures on configuration of machine as well as make and model and includes data on the impact of type and number of CPUs as well as memory. The increased interest is coming from large financial institutions and the data centre sector, who want demonstrable energy reductions for the same workload by reconfiguring machines and migrating workloads off the most inefficient variations. It is more in-depth than the traditional approach to energy efficiency and much more effective too.

Data centres are going to have to look to new locations to ensure energy supply. Tied to the supply chain issues in the current political situation, data centres are likely to be more creative in the location they choose. Areas that have a high supply of locally produced renewable energy in the grid will be attractive for new data centre builds, particularly if the area is not already saturated with high energy demand industries.

In the UK, data centres have historically concentrated on the south of England. However, with a high proportion of reliable local wind power in Scotland and the north-east of England, this could change. Allied to more accurate predictions around actual energy usage rather than built supply, data centres will have a more evolved approach to new builds that includes measuring the energy draw of particular workloads and then migrating these workloads between locations for optimal effect. We are seeing the start of this already through requests for location-based analysis coming out of financial institutions with multiple data centres worldwide.

Security of supply applies just as much to materials as it does to energy. This applies to CPUs but also memory and storage. Most chip companies do not have their own fabrication facilities; they rely on factories that are in different continents to deliver their products and these production hubs are concentrated in a relatively small area. It makes the supply chain vulnerable to shocks. NAND Flash memory rose in price by 5-10% in 2022 due to lockdowns, fires and contamination of materials. Although it is stabilising now, the underlying issues around a niche supply chain remain.

Rather than replace server estates on a rolling basis, customers are now asking for analysis on reconfiguring servers as well as replacing them. It indicates that more organisations are following the example set by the hyperscalers Microsoft and Google and introducing more circular approaches to server provision. We expect the market to make a virtue of necessity with more of this approach.

At Interact, we have always had a female majority in senior leadership positions but decided to enshrine this in our articles of association in 2021. It formed part of the company’s journey towards B Corp certification. Gender equality is also one of our target UN Sustainable Development Goals. We have three targets to achieve on by 2028: at least 50% female representation in company decision-making; 250 hours of leadership training for young women across the world; and sponsor 10 female sportspeople to train professionally. We built this into the business because it aligned with our beliefs. However, it has also gained huge attention from our customers, especially in the US and the UK.

The Financial Conduct Authority has issued three targets for listed companies as of April 1, 2023: at least 40% of the board are women; at least one senior board position (Chair, CEO, CFO, or Senior Independent Director) is held by a woman; and at least one board member is from a minority ethnic background. Alongside mandatory Gender Pay Gap Reporting (for all UK companies with over 250 employees), it indicates that diversity will be a compliance issue in the not-too-distant future. We expect to see more diversity in data centre leadership as a result.

5. Sustainability training mainstream for all teams

The sector will have to understand much more about its supply chain and means of reducing environmental impacts. Sustainability training will be a central part of core competencies for operations and accounts as well as senior leadership positions. 2022 saw the release of Bare Metal, a short film made with representatives from Equinix, Schneider, Microsoft and bodies like the Aluminium Association. The focus was Scope 3 greenhouse gas emissions associated with the metals and concrete in the data centre supply chain. It marks the beginning of the sector educating itself on the wider issues and implementing this into strategy.

Legislation such as the Energy Savings Opportunity Scheme and Streamlined Energy and Carbon Reporting were in place before the current crisis. They require medium-sized companies to report energy and carbon usage and also reduction plans. Taskforce on Climate Related Financial Disclosures (TCFD) reporting is now a compliance issue for all financial institutions and large listed companies and Taskforce on Nature Related Financial Disclosures (TNFD) is in the wings. This has a pincer effect on compliance as any company in the supply chain will also have to report. We at Interact are offering customers and stakeholders IEMA certified carbon and sustainability training courses to this end.